I was watching "My Neighbor Totoro", a delightful Hayao Miyazaki film, when I came up with the idea for what might really finish off my  little Pikachu bag. I was pretty sure that I wanted some traditional Elizabethan Blackwork patters to set it off, in black, of course. I thought that it would go well with the bright yellow figure and blend with the black that was already in the cross stitch. I could have gone with red, but that would not have shown up the blackwork design well enough and would have been too bright a color and overpower the main motif.

But what should I use? I thought of maybe some bug and leaf patterns like the illustrations that accompany the end credits of the film. Then the film answered the question for me. Mei, the young girl in the film, tries to lure out the totoros by setting out a trail of acorns for them. I figured that Pikachu was like a totoro in that he, too, is a mythical creature from Japan. Okay, not a strong connection, but it opened the door. Now I was on the search for some acorn patterns.

I blazed a trail over the wide expanses of the plains of examples till I found one that had possibilities. But now I had another problem: I needed an exact stitch count. I allowed a specific seam allowance. I wanted it centered and to be as high as the Pikachu. Pikachu was an uneven number of stitches high. For weeks I poured over graph paper, flipping, shortening, and rearranging the motifs. I modified, counted, then modified again. This was supposed to be a quick project done on just a scrap of 18 count white Aida cloth! But finally I got it right, and these are the results. 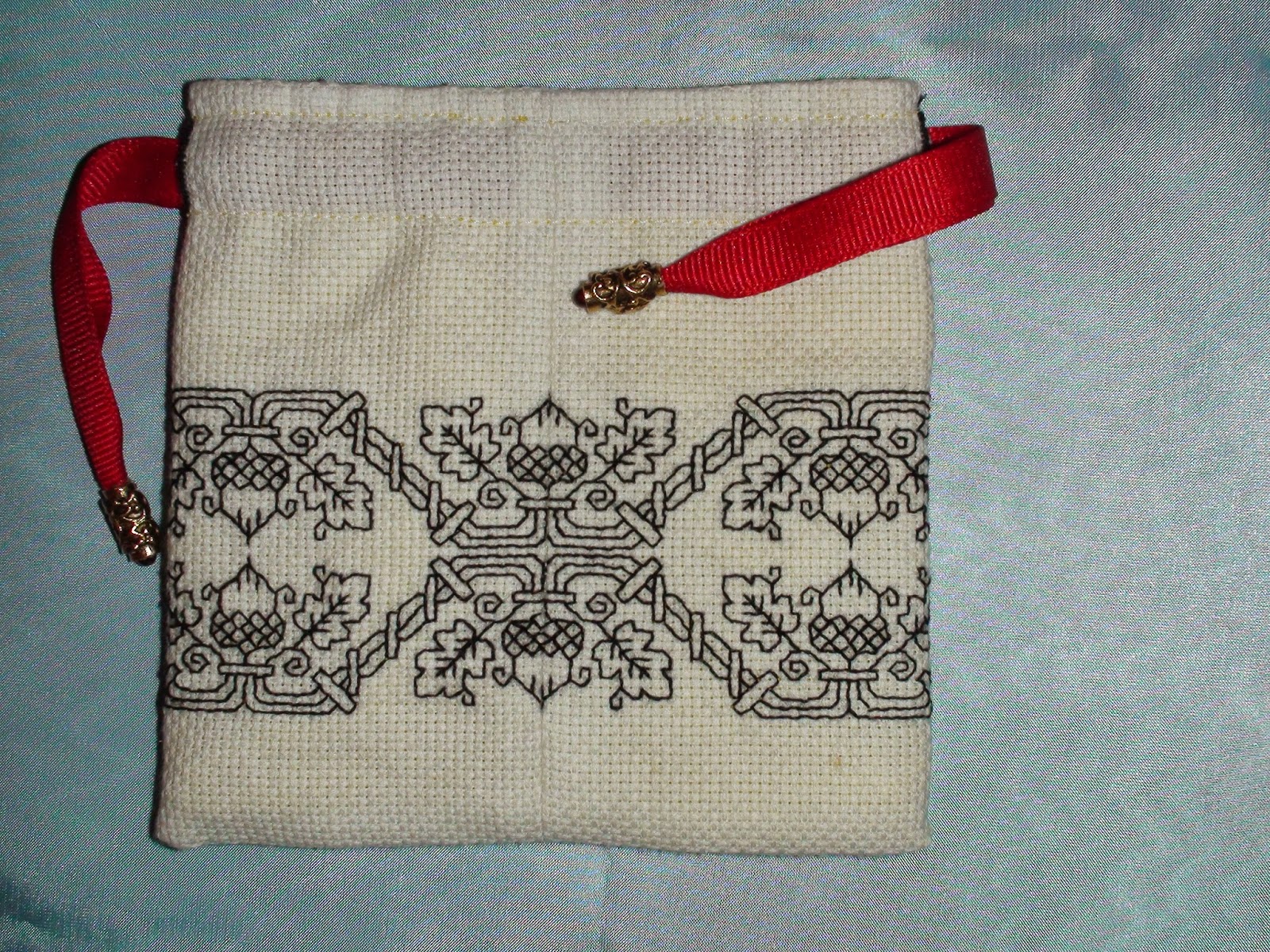 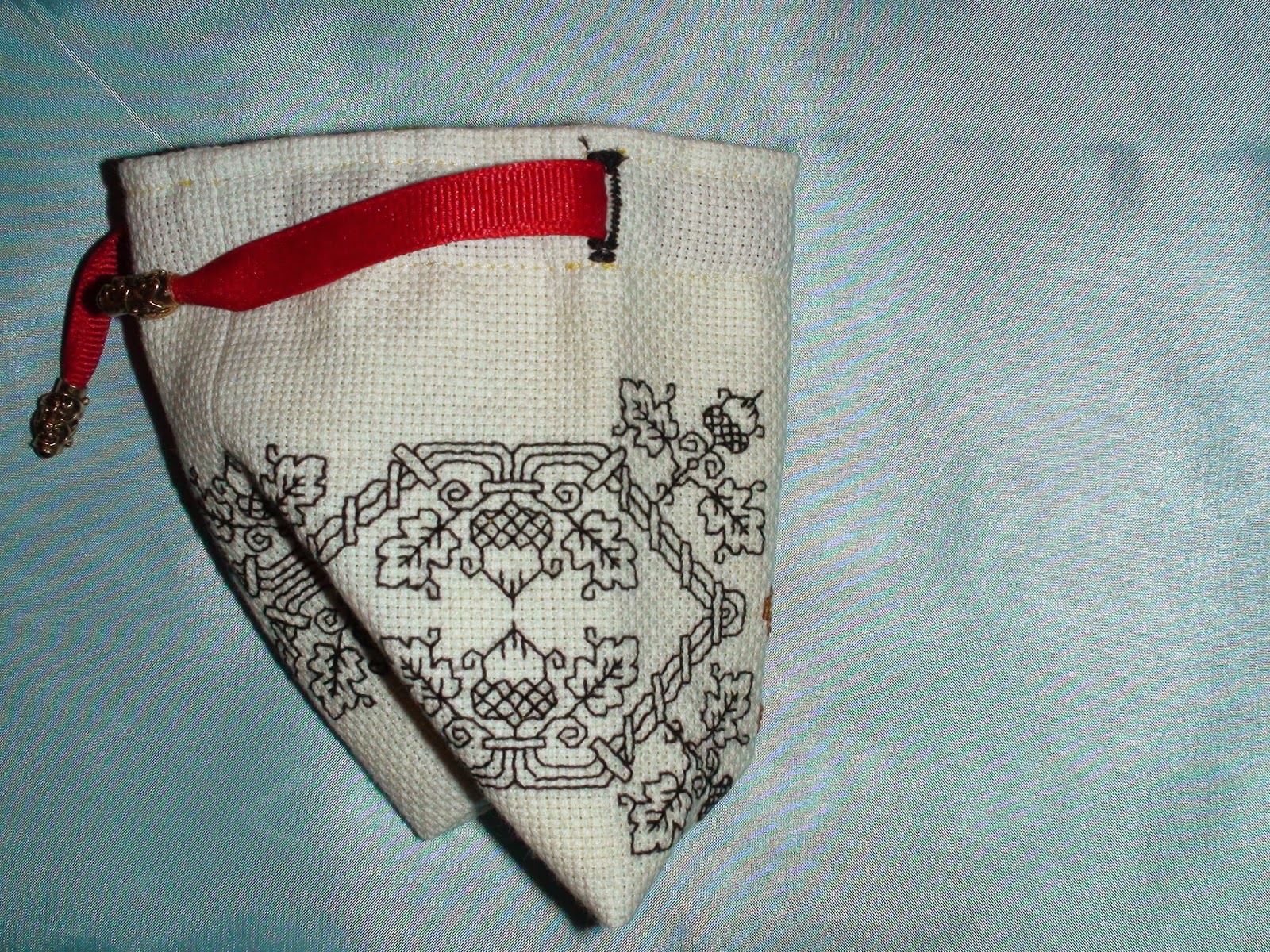 I wanted a wrap-around pattern which meant that I would have to consider the embroidery stitching up the back seam. It seems to have worked pretty well.

I used 7/16" red grosgrain ribbon for the ties. Still needed to get a little more red in there. The bag is lined with a bright yellow cotton that matches Pikachu.

For this pattern there was no consideration of how it would look as it moved over the sides. The pattern would get where it was going. 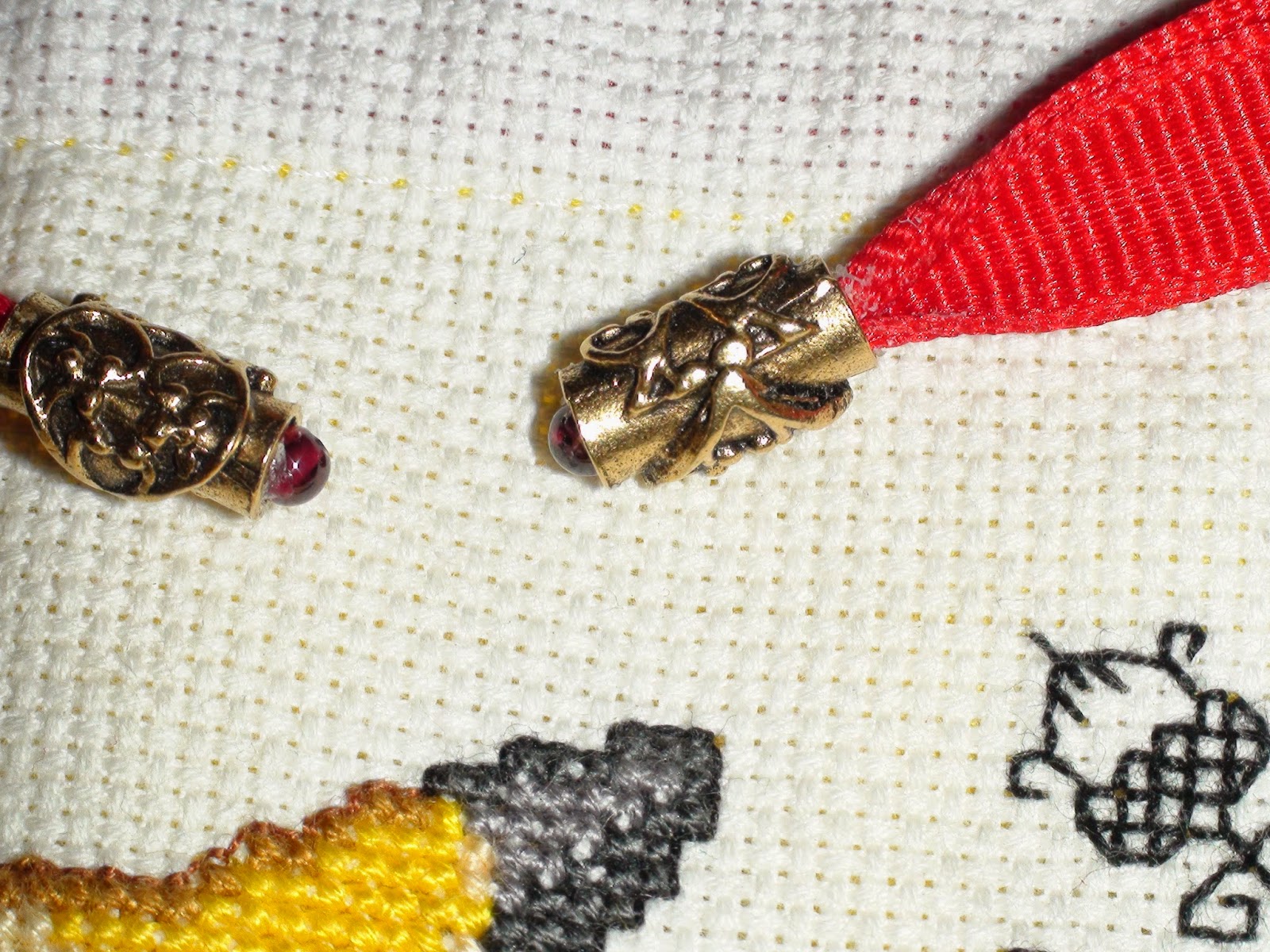 For the size of the bag, just 4"x4" when completed, I wanted something other than the longer tippets that I used for the other Pokemon dice bags. I visited several bead shops till I found something that was small enough but still had a large enough aperture through which the tie ends could be secured. To close off the open ends, I glues in a small garnet beads. Red against the gold? Perfect!