After years of thinking about it, Rob finally nudged me to submit a few things. Good idea! Here are a few pictures, with some positive results. 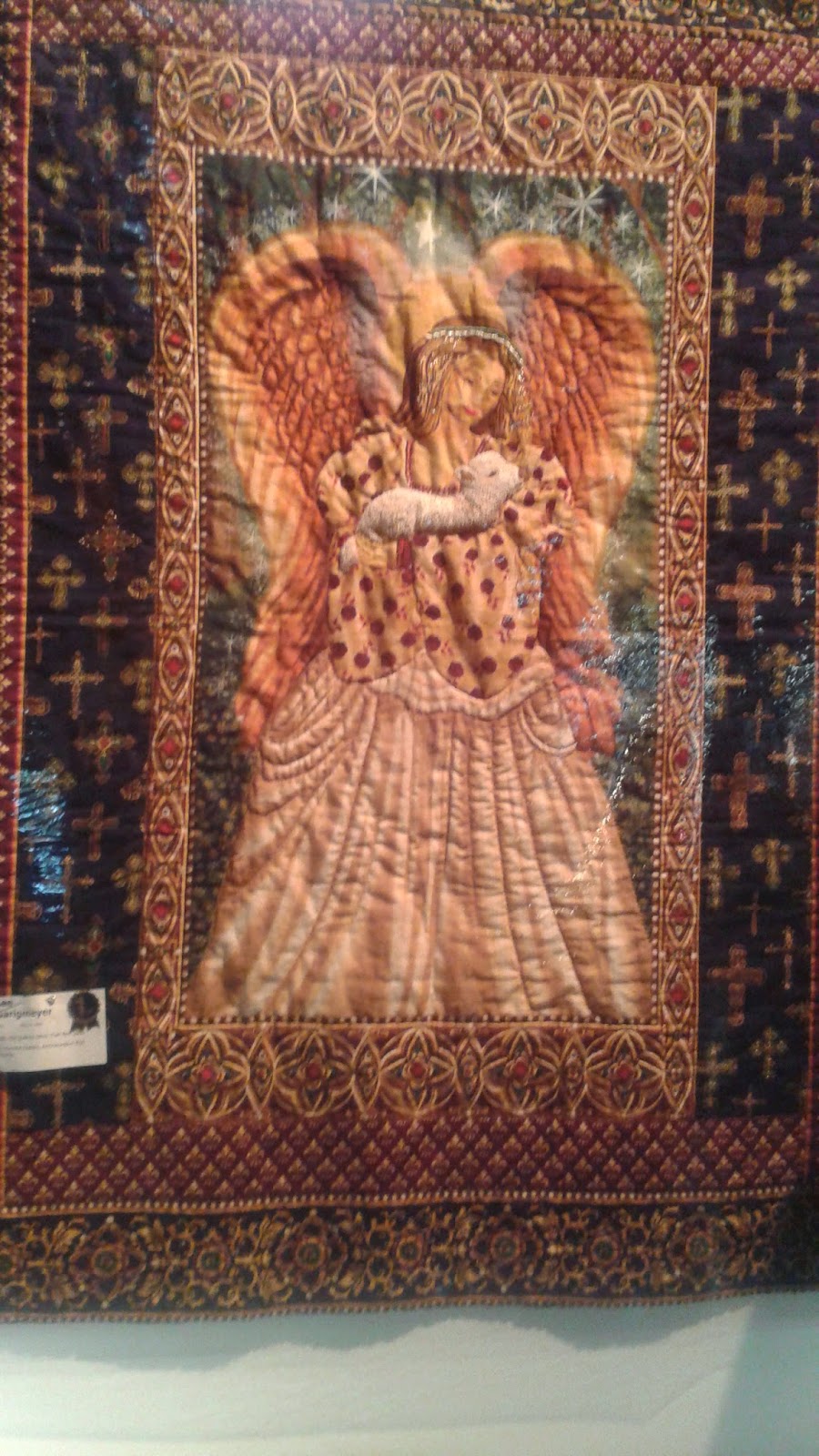 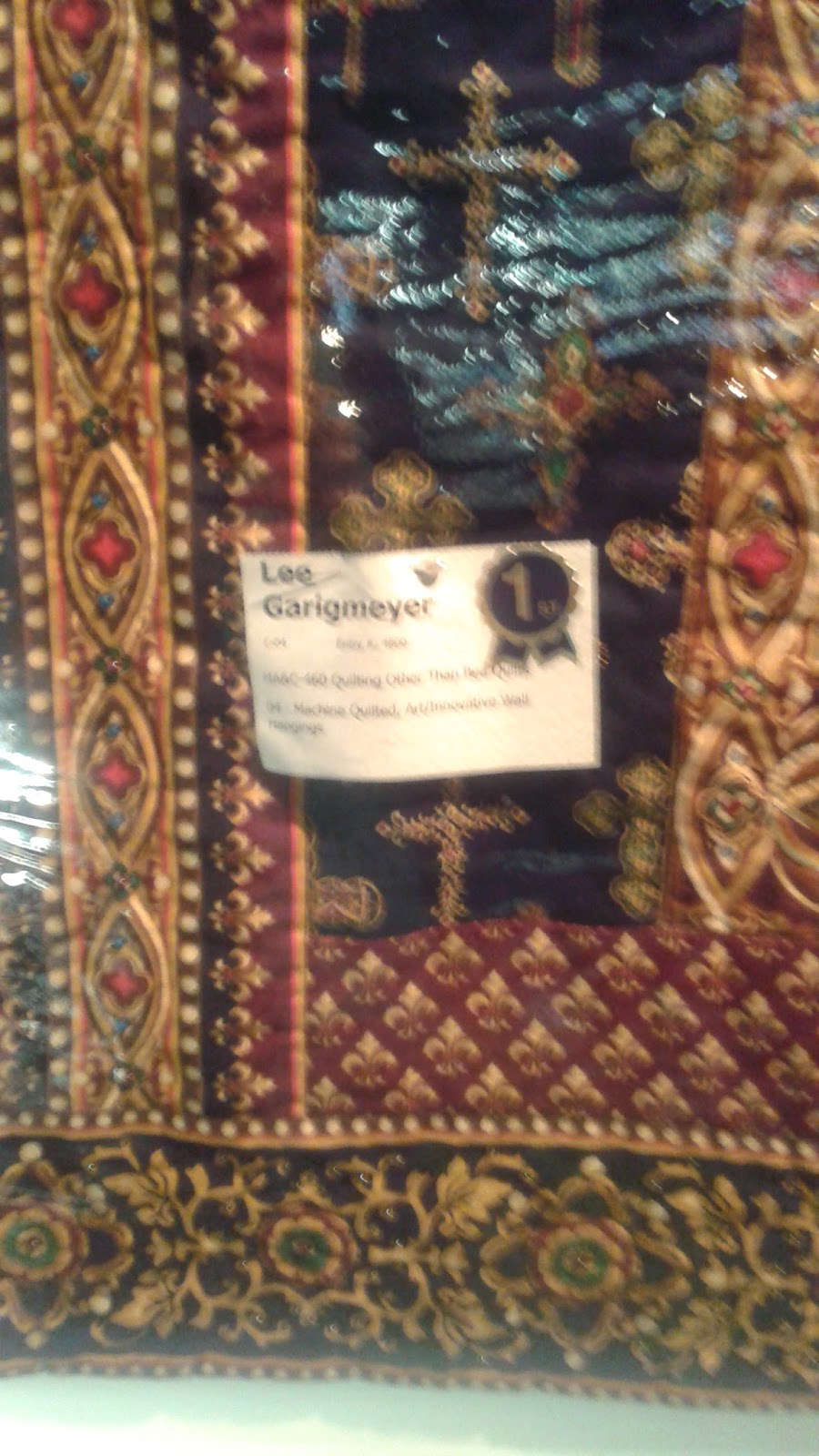 They covered it over with a large sheet of clear plastic to help keep it clean...or to discourage people from touching it. I'll admit, I am a very tactile person and this is one quilt with lots of texture, especially with the extra puffiness and fluffiness of the lamb. 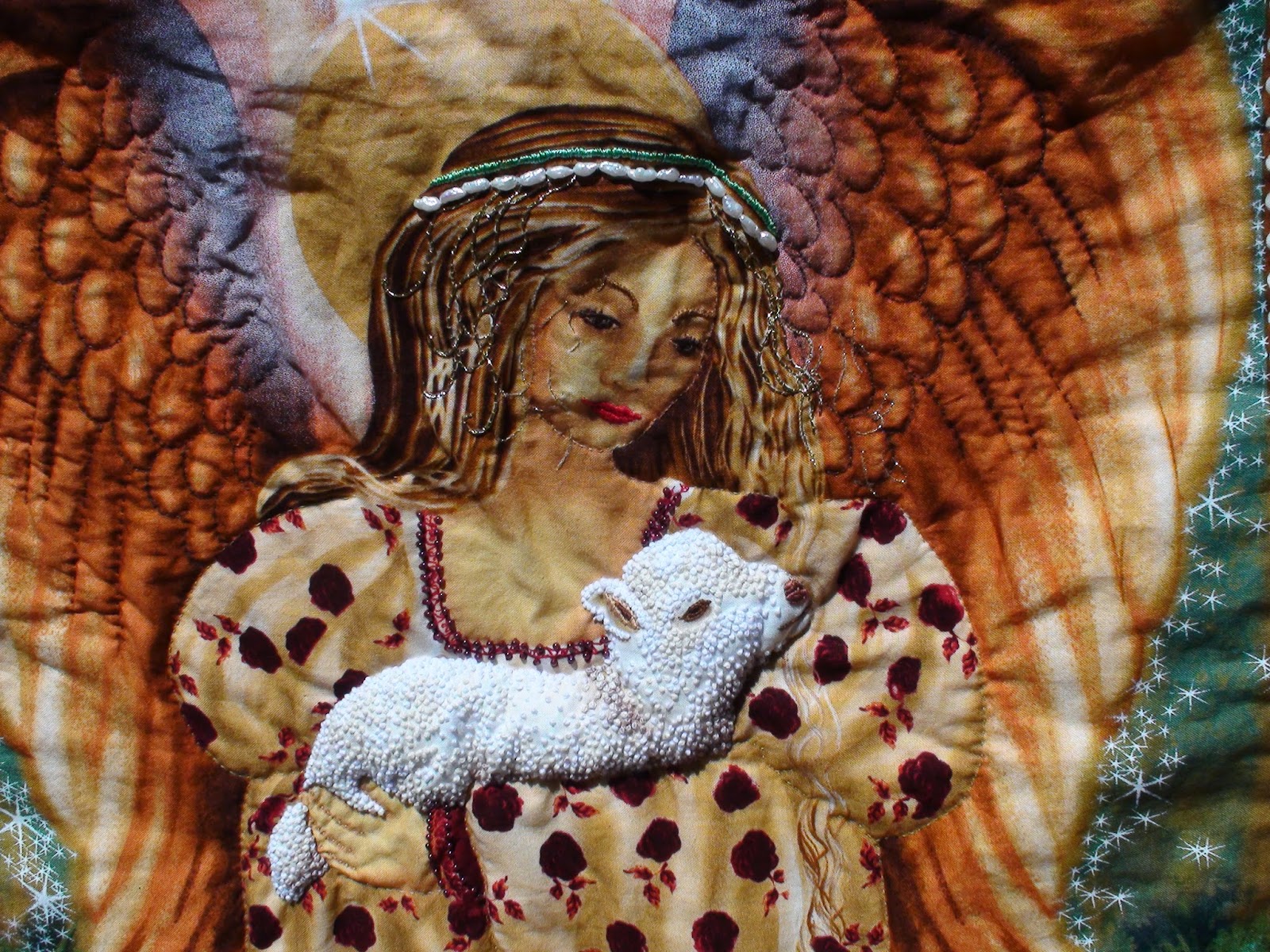 The last time I was at the OC Fair, maybe about 3 or 4 year ago, I remember that there were 4 pieces of some nice calligraphy there. So I decided to do a piece for this year. Rob suggested this selection from "The 13th Warrior". 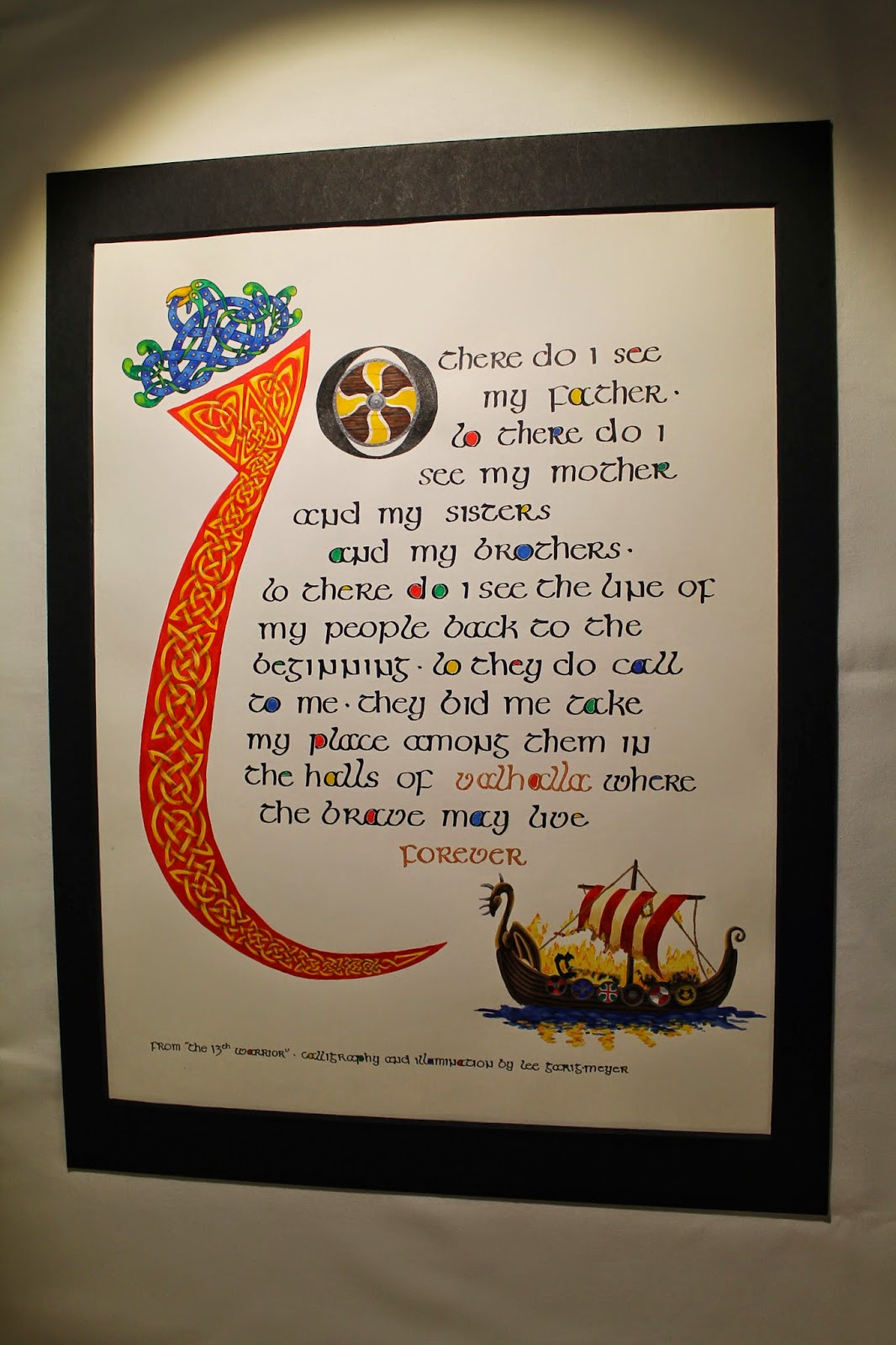 My son Andrew took this photograph which is what I sent in to the Fair committee to see if it would be accepted for display. This was a juried show this year. I submitted 4 items and all 4 were accepted. 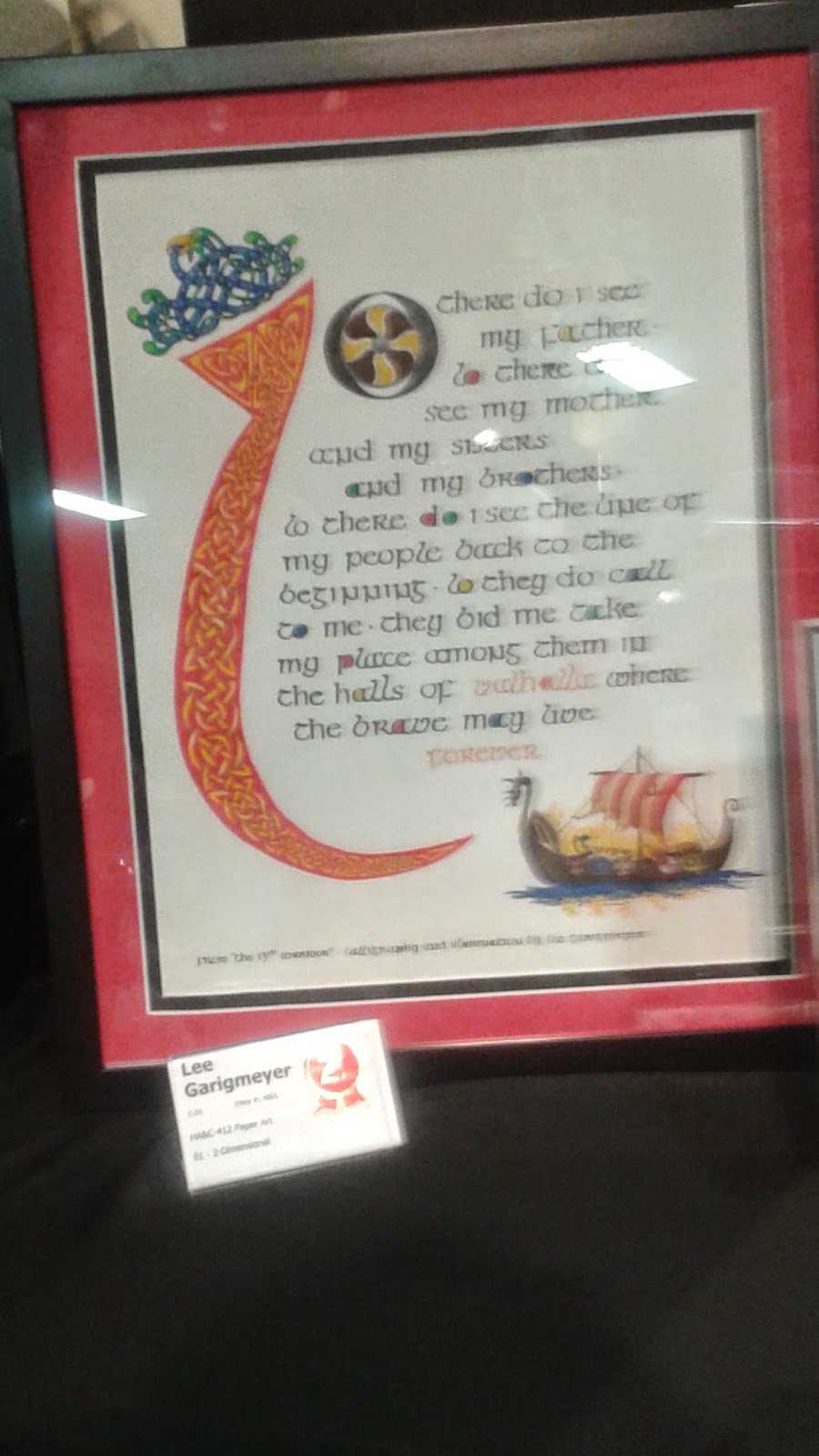 This is after it was properly matted, framed, and displayed. :) I'm already planning on something even bigger for next year. Once this is picked up after the Fair closes, I plan to take it out of the frame and have some good copies made that I will put up for sale. Size of just the calligraphy is 15" x 20".

I also included two hand-made books. One is a log book, meaning that the cover is wood. This means I have wood burning on it. 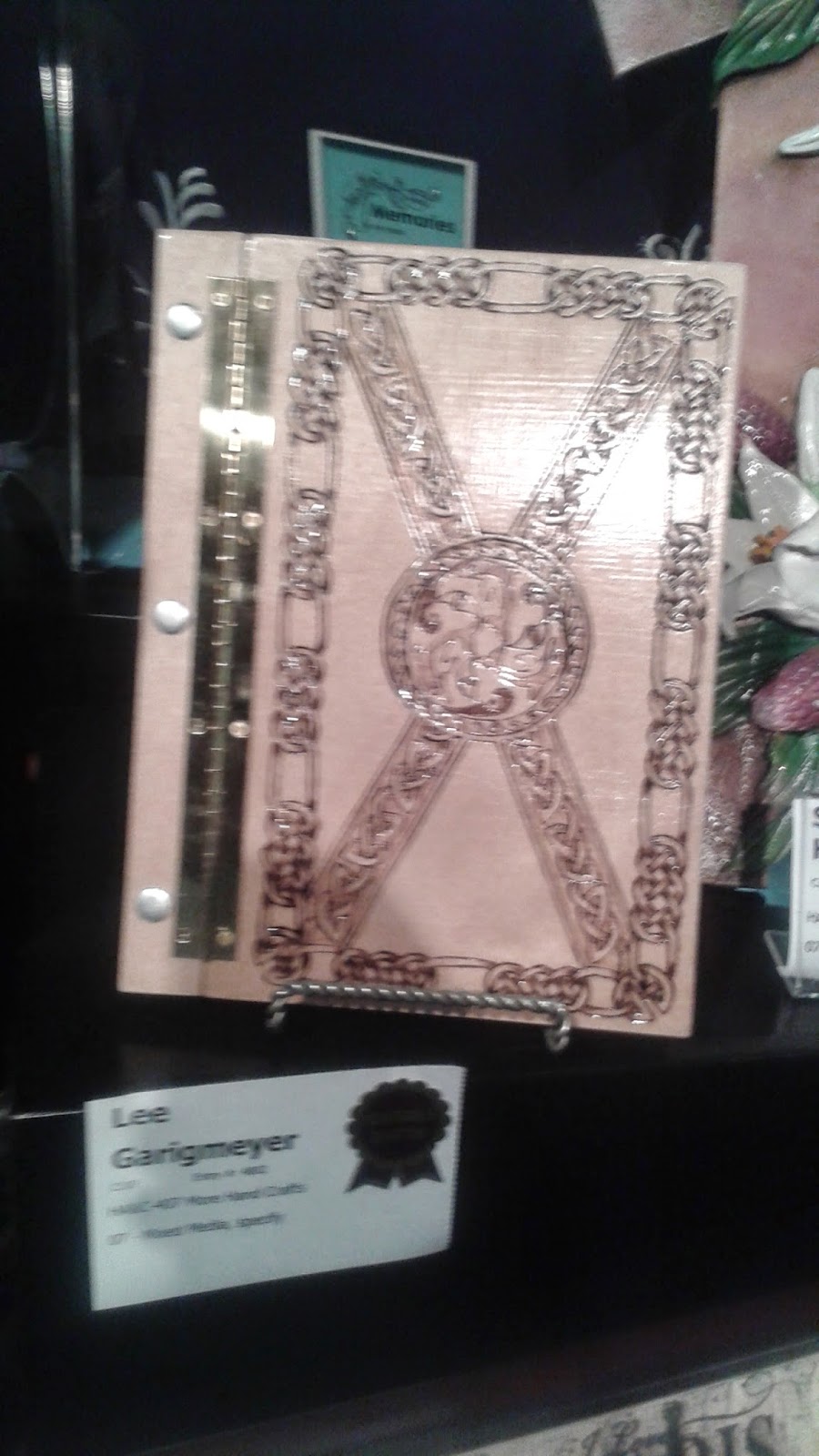 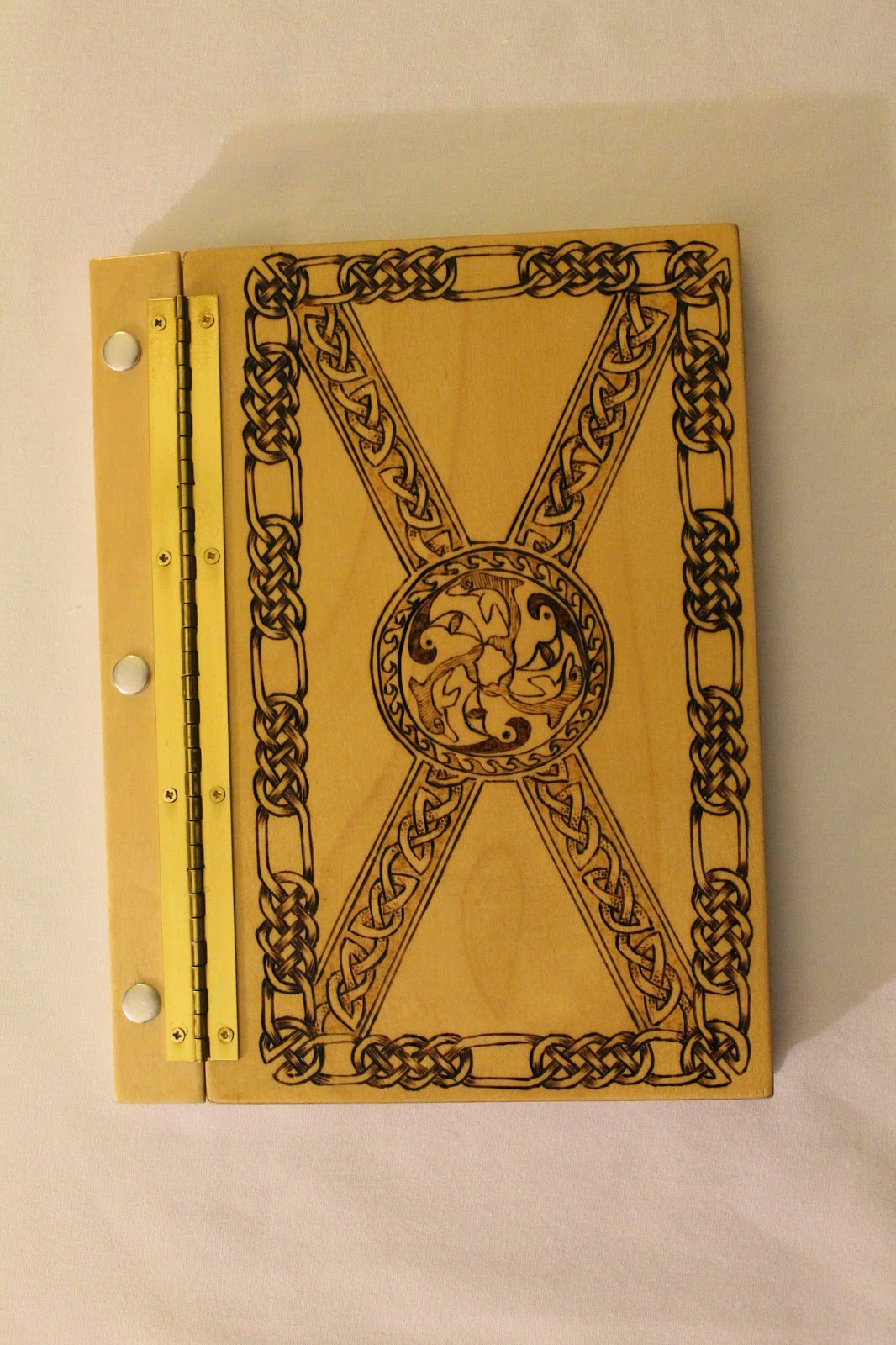 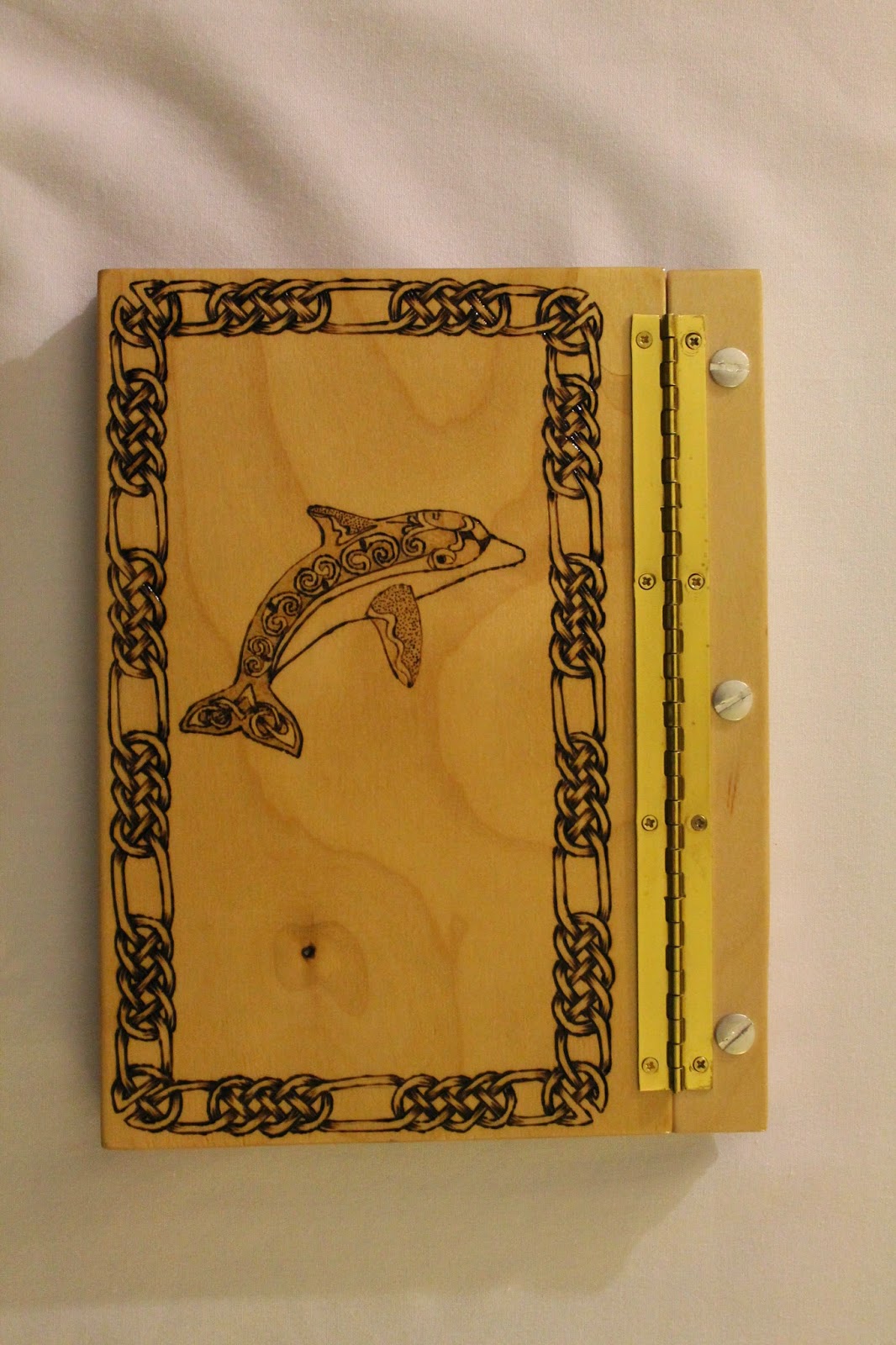 The next book is on display, near the calligraphy, but did not take a prize. Still, I'm delighted that it got into the show. The disc in the front is a woodburned piece. 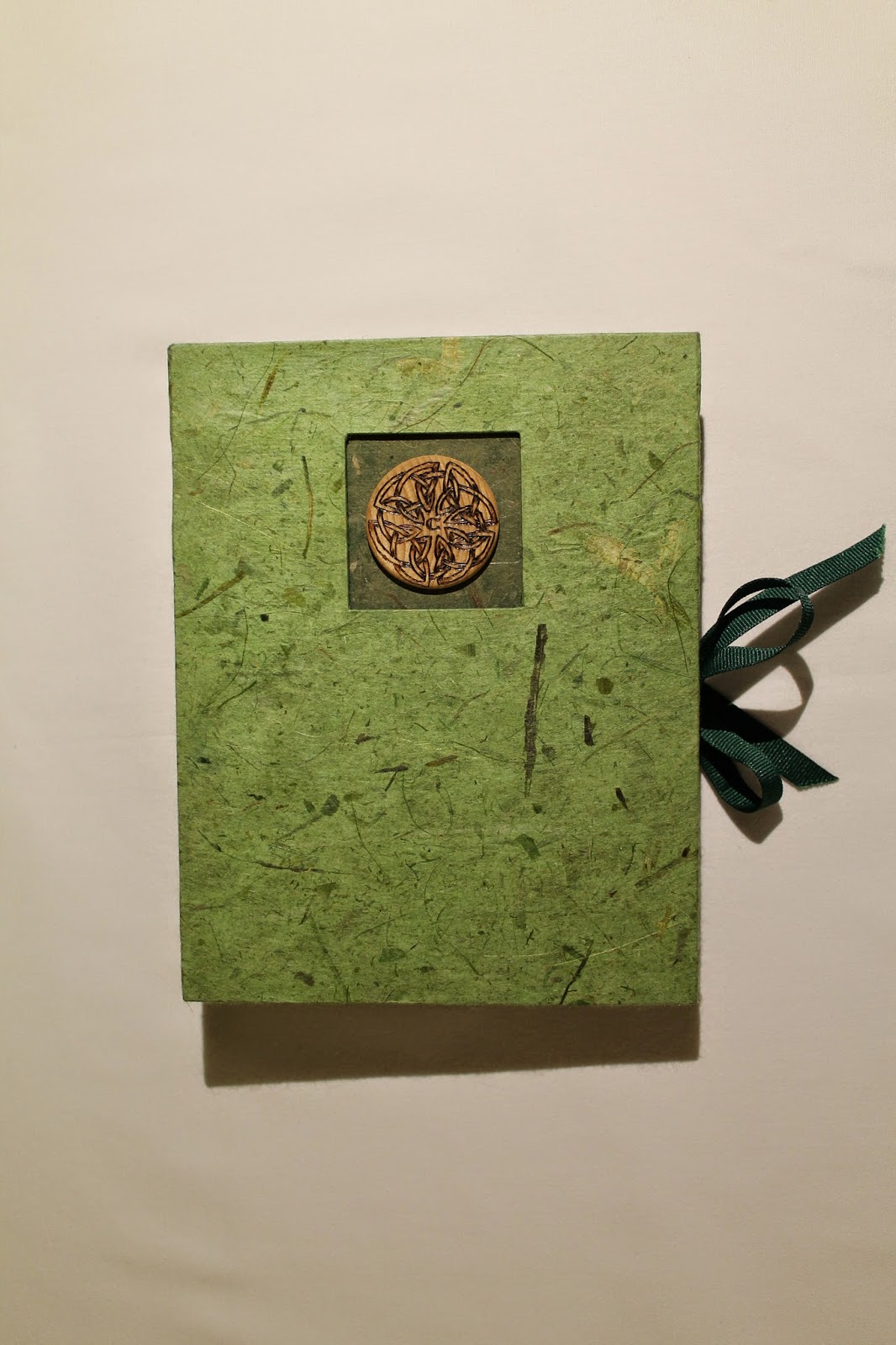 Again, I would like to give credit to Andrew Garig-Meyer who helped immensely with the photo shoot so I could have good pictures to submit to the committee. Many thanks, Andrew!